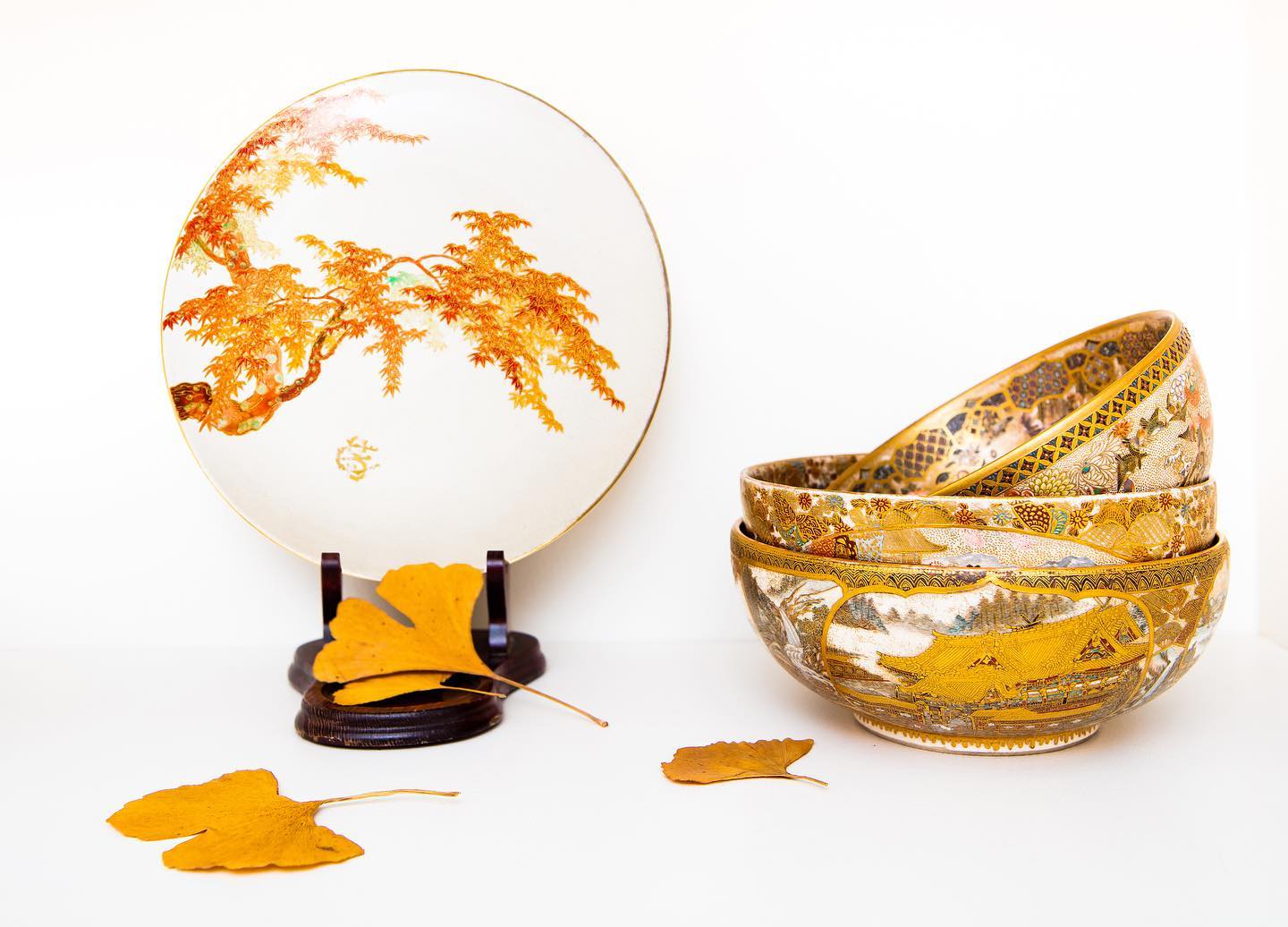 Yaki (焼) is a Japanese word used to describe porcelain, pottery and earthenware. Producing all of them has been a vital and successful art form in Japan, even though earthenware has been widely produced on the archipelago from the Jomon period (from 10,000 to 300 B.C.)- Japanese neolith.

The real boom started in 17th century. At the dawn of Edo period, in 1598, the army of Toyotomi Hideyoshi (1536- 1598) invaded Korea. During a short occupation period (1592-1598) the Japanese brought over a few families specializing in traditional arts, such as pottery making: art they again learned from the Chinese. Brought over to Kyushu, they started production on Japanese soil, founding a basis of the Japanese porcelain production. The location proved to be perfect, as local lands were rich in kaolin clays. Porcelain is baked in higher temperatures than pottery, and kilns built by the Korean potters allowed achieving phenomenal effects. In later years, Japanese artisans became artistically independent, but the continental influences have always been present.

In late 16th century the tea ceremony culture gained popularity in Japan, being one of the factors propelling the porcelain production. The Japanese exported their products worldwide, continuing the trade even during the isolation of Edo period (1603-1868). The Dutch East India Company was the major consumer of Japanese pottery, stimulating development of that art craft; their first big order was placed at Arita in 1656.

17th century was the time of a great prosperity in Europe, an époque called baroque by latter generations. People came into possession of great fortunes and a demand for things unusual, oriental and foreign was tremendous. Factories in Delft in the Netherlands, Meissen, Vincennes, and finally Worchester in 19th century were established to produce copies of Japanese pieces trying to meet the immense need for oriental style porcelain in Europe.